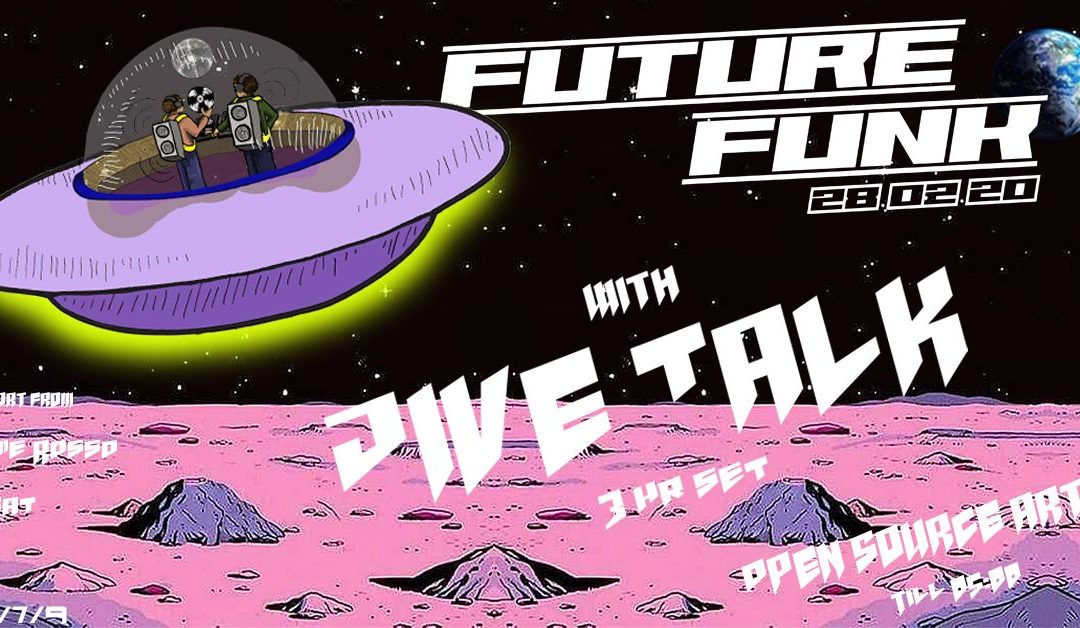 This ain’t no simple funk and soul night. We bring you a night of high-quality, futuristic, heavy groove rhythms, that aim to really get those hips moving. Set to make their Leeds debut are London based duo ‘JIVE TALK’. These two bring so much energy to a dancefloor and are no doubt going to blow the roof off Open Source Arts with a juicy 3-hour set, allowing them to really push the boundaries and go on a meandering journey through some of their most futuristic, funkalicious tunes.

Jive Talk are an emerging London based DJ/Producer duo who specialise in all things groovy. With infectiously energetic sets, powered by the precise and intelligent mixing of multiple genres (from disco to house, to minimal to afro beat), these two have consistently lit up dance floors and festivals since they began the project in 2016. They have also co-founded their own vinyl only record label, ‘Not For You…’ which saw their 1st release selling out in record shops internationally and gaining support from the likes of Bill Brewster, Move D, Krywald & Farrer, and Coco Cole to name a few. Their most recent release, “Bear – Wanna Think About It (Jive Talk Remix)”, is a big tune, blending groovy disco with electro and breaks. 2020 looks a big year for them as they are set to play El Dorado, Noisily, Cosmic Roots festivals, as well as the return of their much loved Gottwood stage takeover, which showcases some of the talent their label has to offer. These two are not to be missed – with deep record bags, they’ll play tracks you didn’t know you liked. And their devotion to get people moving means it is set to be a wonderful evening. Check out their new release here for a taste of what’s to come: www.soundcloud.com/jivetalkdjs/bear-wanna-think-about-it-jive-talk-remix

Jaime Rosso is a London based DJ and producer with an affinity for melody and groove. A resident for Balamii Radio and London’s Stevie Wonderland parties. He has supported the likes of Dan Shake, Crazy P and FunkinEven. His selections are well informed and mature, with a technical style reflecting his love for the golden-age disco and house DJs of Detroit, Chicago and NYC. Check out his latest show on Balamii here: https://www.mixcloud.com/balamii/jaime-rosso-oct-2019/

Leeds based selector Babat has an ear for all things with a bop to them. An extremely diverse taste, but a disco, groove, house and afro-funk lover to his core. He hosts the fortnightly radio show “Don’t Touch My Fro!’ which exhibits Afro-funk tracks from different African countries each week. You’ll be sure to get some new finds from his selections. Catch his show here: www.mixcloud.com/babat97/dont-touch-my-fro-ep-2-south-africa/

We want to see proper moves to proper grooves! Don’t miss it.

There will be limited early birds so be quick!